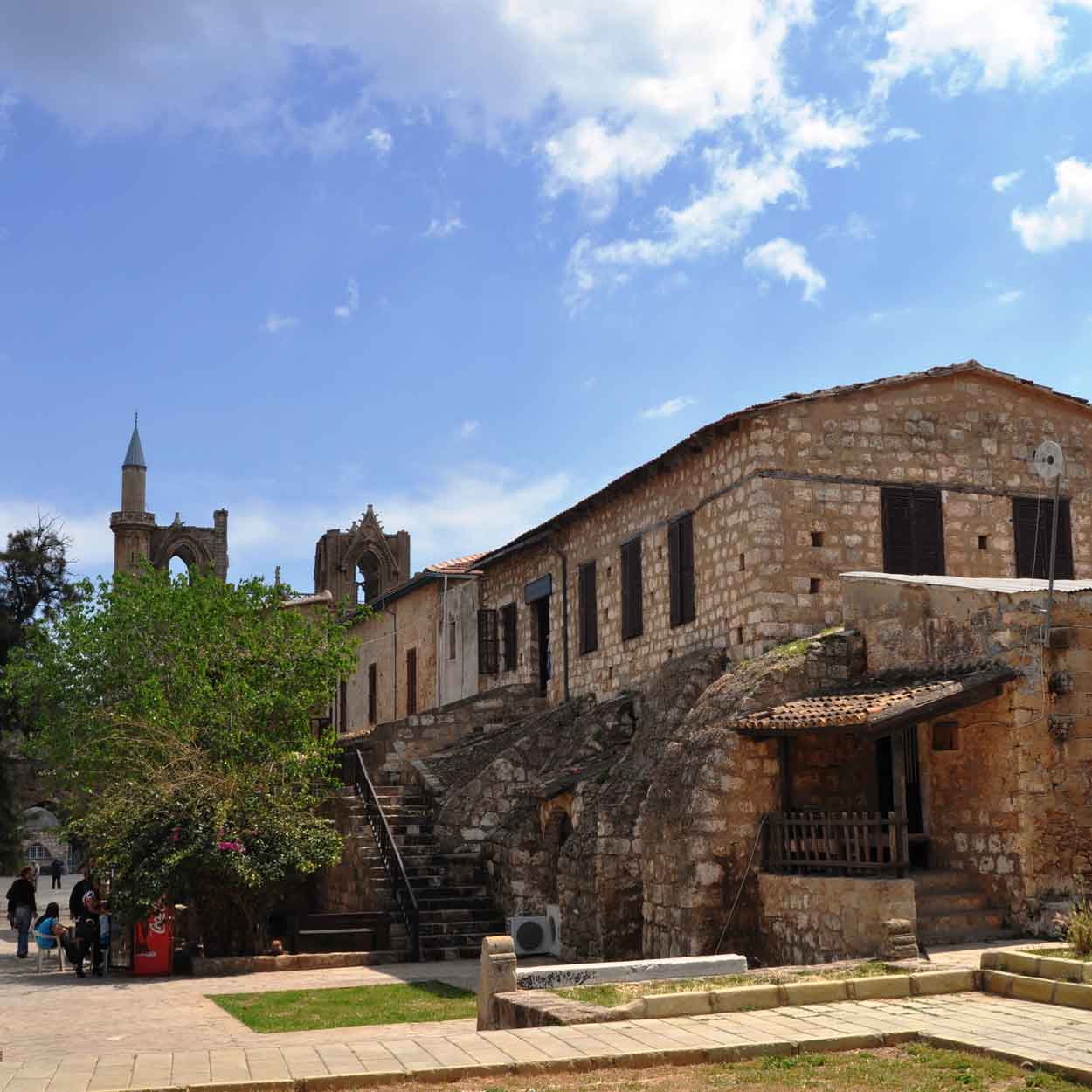 The cell’s door opens into the palaces courtyard. The rectangular shaped room is on the top floor.
Namik Kemal was exciled to North Cyprus on 9 April 1873 after his play “Vatan yahut Silistre” (fatherland) was performed at “Istanbul Gedik Pasha Theatre” on 5 April 1873. In the beginning, he was locked up in the dungeon on the ground floor but later he was granted permission to live upstairs by Cyprus Governer Veyis Pasha. He was then pardoned by Sultan Murat V on 3 June 1876 and returned to Istanbul. Both restoration of the Namik Kemak Dungeon and the landscaping were carried out in 1993 by the Antiquites and museum department survey and restoration office before it was opened to the public.