At the present time, only Turkey maintains a formal embassy in the TRNC, while the TRNC has an embassy and consulates in Turkey. In various other countries, the TRNC has unofficial representative offices. Turkey represents the TRNC’s interests in countries without such offices. In North Nicosia (the Turkish Cypriot administered northern half), both the British High Commissioner to Cyprus and the United States Ambassador to Cyprus have their formal residences, though since these residences had been in use since before 1963, it is not indicative of formal recognition of the TRNC by the United Kingdom or United States. In the same situation are the representative offices maintained by Australia, France, Germany, South Korea and the European Union.

United States, United Kingdom, France, Germany and Australia have representation offices in Northern Nicosia. As well, Northern Cyprus has a number of representations in other countries with various status.

It’s very easy to visit Northern Cyprus: easy and free to get a visa and easy to get a flight! North Cyprus has an open door policy to visitors from almost all the countries of the world, in keeping with the wonderfully welcoming personality of the Turkish Cypriot culture and the international atmosphere of the TRNC. All citizens of Britain, the rest of Europe, Australia, Canada, Iceland, Israel, Japan, Mexico, Norway, New Zealand, Azerbaijan, South Korea, Singapore, Switzerland and USA do not require an advance visa to visit North Cyprus. Citizens from these countries can arrive at the border of North Cyprus, either from Ercan Airport via Turkey, Kyrenia (Girne) port by ship again via Turkey, or at the border with the South of Cyprus by car and gain an automatic 90 day visitor visa for a holiday or property viewing visit.

The only exception to this general rule is that citizens of Armenia and Nigeria do need an advance visa and should consult either the TRNC Representative or the Turkish Embassy prior to departure. This flexible approach to entry visas makes it possible for citizens of many non-Schengen countries to both visit and buy property in North Cyprus, even if they are not able to easily visit the Republic of (South) Cyprus.

If you are travelling for a visit, holiday or property viewing trip to North Cyprus you will need to arrive either via Turkey (to Ercan Airport in North Cyprus) or via South Cyprus (via Larnaca Airport in the Republic of Cyprus, crossing the border easily to the TRNC). North Cyprus 90 day visas are completely free of charge. Generally you will be issued with a slip of white paper with a 90 day stamp and this can be attached to your passport with a paperclip. You need to keep this during your stay and show it as you leave. At Ercan Airport in North Cyprus the immigration officer will often stamp passports unless you actively ask for the white paper visa instead. You would be advised to ask for the white paper insert rather than having your passport stamped if you are intending to travel regularly to the south (Republic) of Cyprus.

Can the nationals of all countries enter North Cyprus via the Republic of Cyprus and Larnaca Airport?

Citizens of Europe as well as most former Commonwealth countries (except South Africa) and the USA can easily enter the Republic of Cyprus, which is part of the European Union, without an advance visa. Visitors can land at Larnaca Airport which has a huge range of international and low cost flights from the UK, Europe, the Middle East and many other destinations. In addition, travellers with an existing Schengen Visa for South Cyprus can land at Larnaca International Airport and then cross the border very easily to North Cyprus where they will obtain their automatic 90 day visa. However, if your passport is NOT one of those mentioned, or you do not have a Schengen Visa, you must either apply for an advance Schengen visa at the Republic of Cyprus Embassy in your country of origin OR enter via North Cyprus via Turkey. It is generally much easier to obtain an advance visa for Turkey than for the European south of Cyprus if your passport is non-Schengen and if you fall into this category, you may prefer to arrive via Turkey by either ship or by air to Ercan Airport. It is for this reason that many nationalities prefer to both take their holidays and buy property in North rather than South Cyprus. Please note it is the Turkish Embassies and the TRNC Trade and Tourism Offices which deal with visa issues for North Cyprus and not the Cyprus Embassies.

If I travel to North Cyprus via Turkey, do I need an advance visa for Turkey?

If you are flying to Northern Cyprus via Turkey EITHER on an airline like Pegasus which merely touches down (but you do not disembark) OR an airline like Turkish Airlines where you transit in an airport such as Istanbul, but do not leave the airport, you do NOT need an advance visa for Turkey. However, if you are going to exit an airport, change airports or stay the night in Turkey on the way, you will need a visa for Turkey. Many nationalities can obtain a Turkey visa upon arrival, by paying a small fee. These visas are generally easy to obtain. Please check with your travel agent or your nearest Turkish Embassy for the exact details of your eligibility for an automatic visa upon arrival for Turkey as the rules vary for different nationalities.

Does a North Cyprus 90 day visitor visa enable me to work in the TRNC?

You will need a work visa to work in the North of Cyprus. The right to work in North Cyprus is not automatically given to visitors. This applies even to European Citizens, as North Cyprus does not come under the European Union rules at present.

Neither the 90 day automatic visitor visa or a residency visa (or property ownership) entitle you to work or earn money in Northern Cyprus; however it is possible to obtain a work visa. If you are planning to get a job or set up a business in North Cyprus, you need a TRNC work visa and we suggest that you consult one of our NCI recommended lawyers, or another lawyer of your choice, for details of how to go about this.

I wish to buy a villa or apartment and relocate to North Cyprus – is it easy to apply for residency?

There are nationals from all over the world living in multi-cultural TRNC and it is extremely easy to apply for Residency once you have an address in North Cyprus. If you are buying a home in the TRNC, just speak to your North Cyprus lawyer during the property purchase process about submitting your application for Residency. Please note, you do not need a Residency visa if you are only planning to spend up to 90 days at a time in your North Cyprus property. However, if you wish to spend many periods longer than 90 days, you can apply easily for residency of the TRNC. You will need to prove once a year that you have enough money in a local TRNC bank account to support yourself (and your family if relevant), and also have a simple blood test to eliminate the presence of any serious illnesses. The ease of application for residency is another reason why many international visitors choose the north part of Cyprus for their second home, or for relocation.

Remember that you can benefit from SWI consultancy services at affordable prices for your residence permit procedures!

To obtain residence permit, the first port of call is the local police station’s immigration department.

You will need to produce to the police the following documents:

The police will then refer you to the Lefkosa State Hospital, or now there are certain clinics which are licensed to carry out this work, for a health test. The test will check for infectious diseases such as HIV, hepatitis and TB. After you have had the health test, you will collect the results and take them unopened to the immigration office in Lefkosa for the residency permit to be stamped in your passport. The immigration office is called the ‘Muhaceret Dairesi’ in Turkish.

The residency permit is valid for a period of 1 year. It must be renewed every year by following the same procedure (except for the hospital check).

Children under the age of 18 years do not require residency permits. This is only applicable to adults. Therefore, families moving to the TRNC only need to apply for residency for the adult members of the family. Non-citizens who give birth to a child in the TRNC, will need to notify the embassy or consulate of their country of origin of the birth of the child and once this has been done and a letter to this effect has been obtained from the embassy or consulate, they will need to apply to the District Office (Kaymakamlik) in the area in which the they live to register the child’s birth.

Becoming a citizen of the TRNC is more complex. Citizenship is granted to all persons whose mother or father is a Turkish Cypriot or to those married to a Turkish Cypriot. At the moment, there is a new law in Parliament to allow foreign nationals to become citizens of the TRNC after 10 years of residence in the

Remember that you can benefit from SWI consultancy services at affordable prices for your company establishment and Work Permit transactions!

Before a permit can be issued, all taxes have to have been paid by the company to the Sosyal Sigorta (Health Insurance Dept) and Ihtiyat Sandigi (Pensions/Provident Fund) and not merely deducted from the employee.

The first thing the employee needs to do is obtain,from the Police’s immigration department, a copy of their ‘ins & outs’. The form they issue requires a post office stamp.

If a foreigner has a kocan (title) in their name, no bond is required, otherwise a bond is required. This is usually arranged by the company. The money remains in the company’s bank account but is ‘blocked’ by the bank. It does not have to be in a special account, but merely one in Euros. It can earn interest for the company. Annually, a letter, from the bank to the ‘Social Security Department’, confirming that they have blocked the money is needed. This letter will be sent to the company’s accountants. If an employee leaves their employment within a year, the money still remains blocked until the year has finished.

The company’s accountants deal with the government. They will supply the employee with a form for obtaining a blood test and x-ray. The hospital will issue a pink booklet, which they must stamp; it also confirms that the employee is entitled to free medical care… 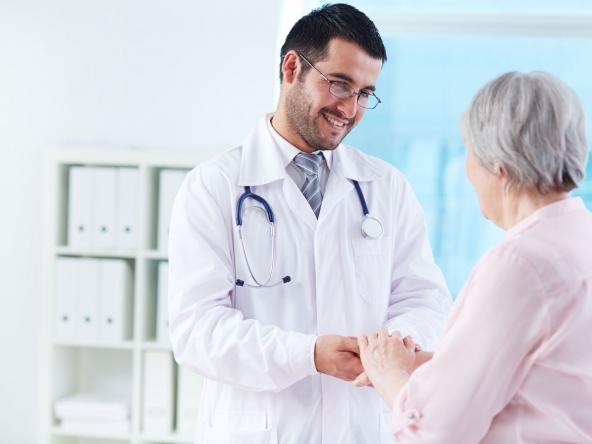 The private healthcare sector in North Cyprus is one which you should feel comfortable about if...
Continue reading
by admin