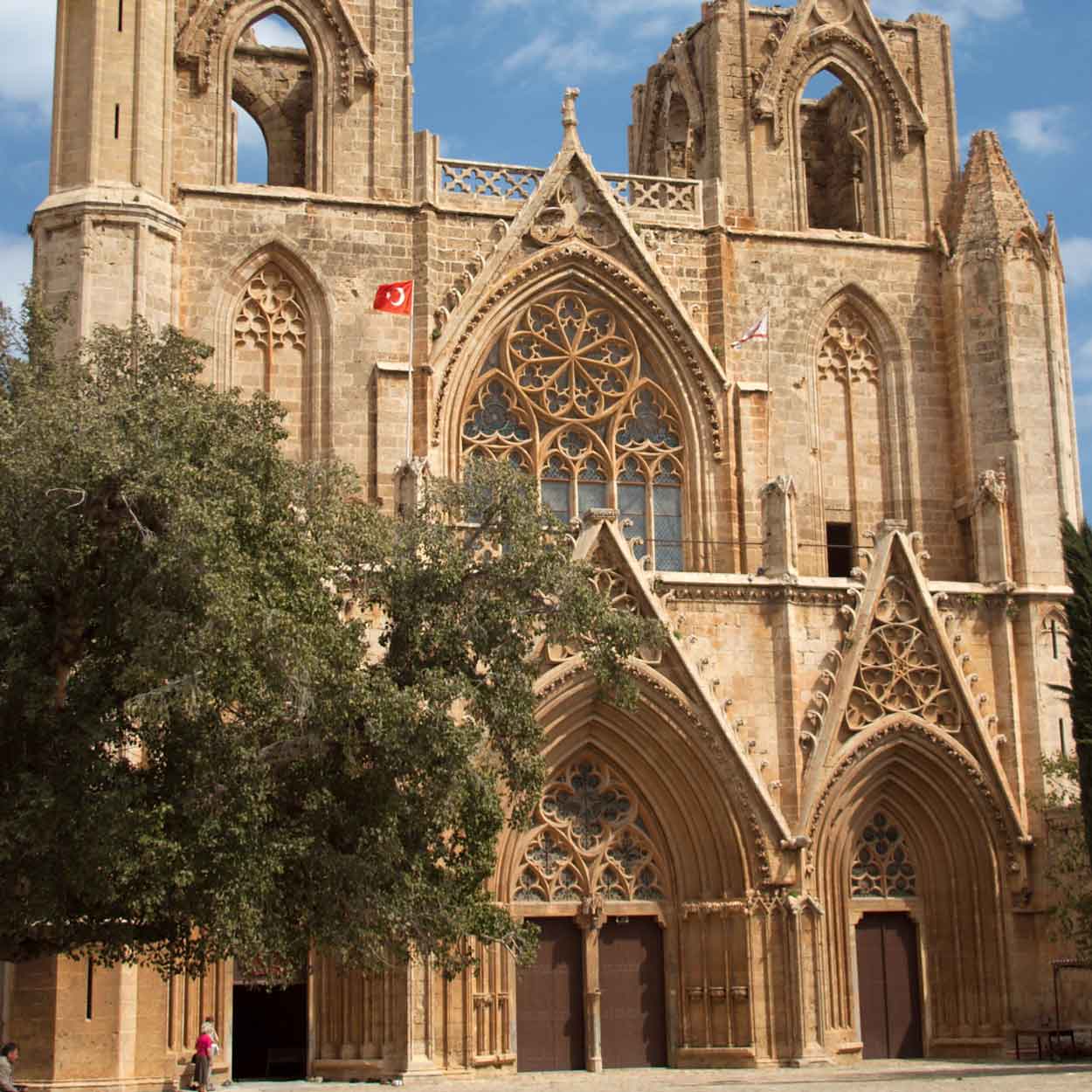 The building which was built in the Lusignan era between 1298-1312 is one of the most flamboyant examples of gothic architecture throughout the whole Mediterranean. The Lusignan Kings were initially crowned as the Kings of Cyprus in St. Sophia’s Cathedral (Lefkosa) and then they were crowned in St. Nicholas Cathedral (Gazimagusa) as the Kings of Jerusalem. The building was converted into a mosque and opened to worship by the Ottomans in 1571 with the addition of a minaret. The monumental East African Fig Tree (Ficus Sycomorus), which is located at the entrance of the cathedral, is the island’s oldest tree. The tree was planted when the building of the cathedral began in 1298 and is now 15 meters in height and 5 meters in width.