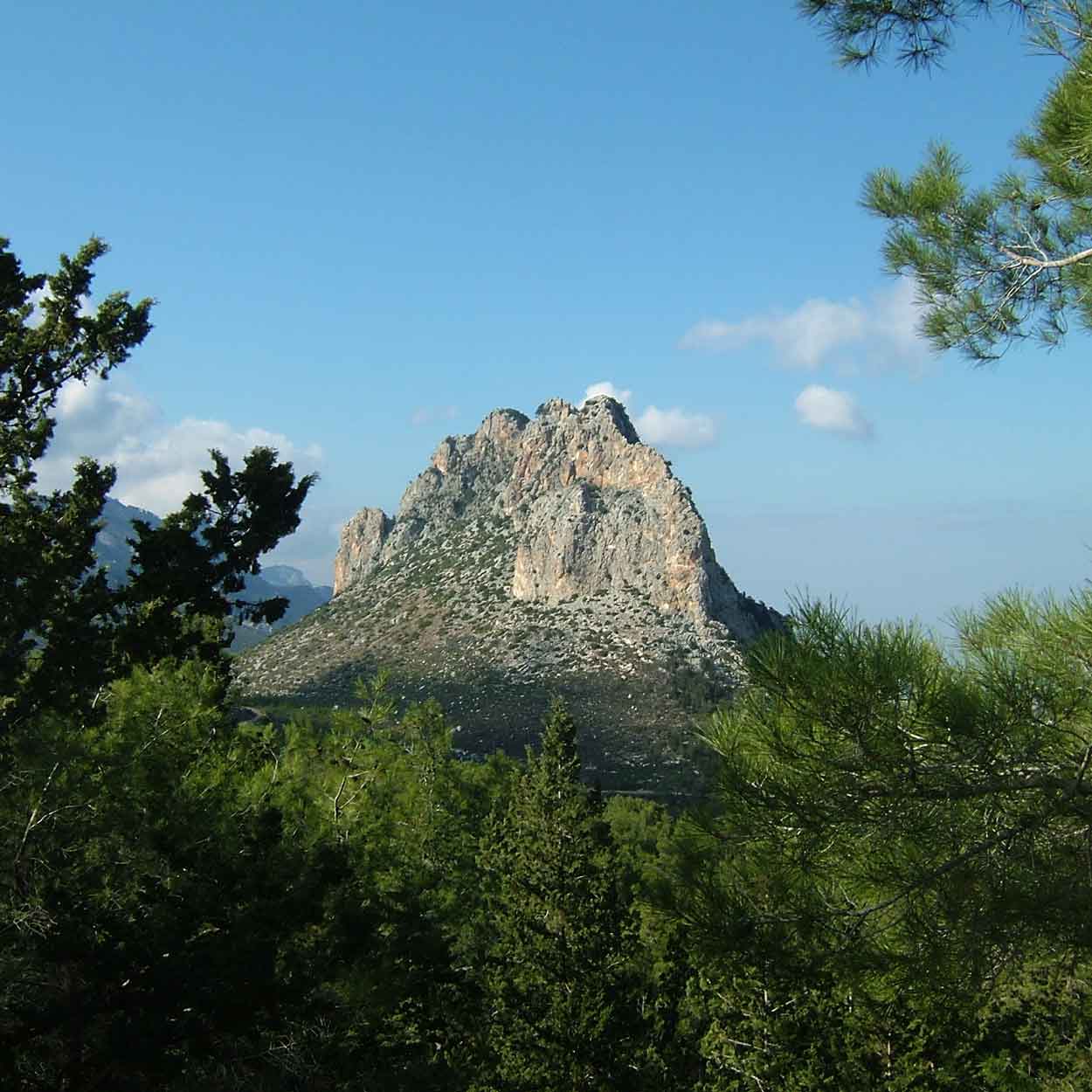 The Besparmak Mountains stretch 160 kilometres in length, running parallel to Cyprus’ northern coastline. The name “Besparmaklar” comes from the five finger-like projections of the mountain towards Kyrenia’s east. There are many legends about the Besparmak Mountains. The most common one tells the story of two young men who fought a deadly duel over a girl they had both fallen in love with. The virtuous young man who won the duel by killing the selfish young man and throwing him into the nearby swamp also drowned in the swamp as a result of the injuries he had sustained. Reaching out for his loved one as he drowned, only his hand up to his wrist remained outside the swamp, it turned into stone as time passed on and eventually became today’s ‘Beşparmak Peak’.

The Ancient City of Soli