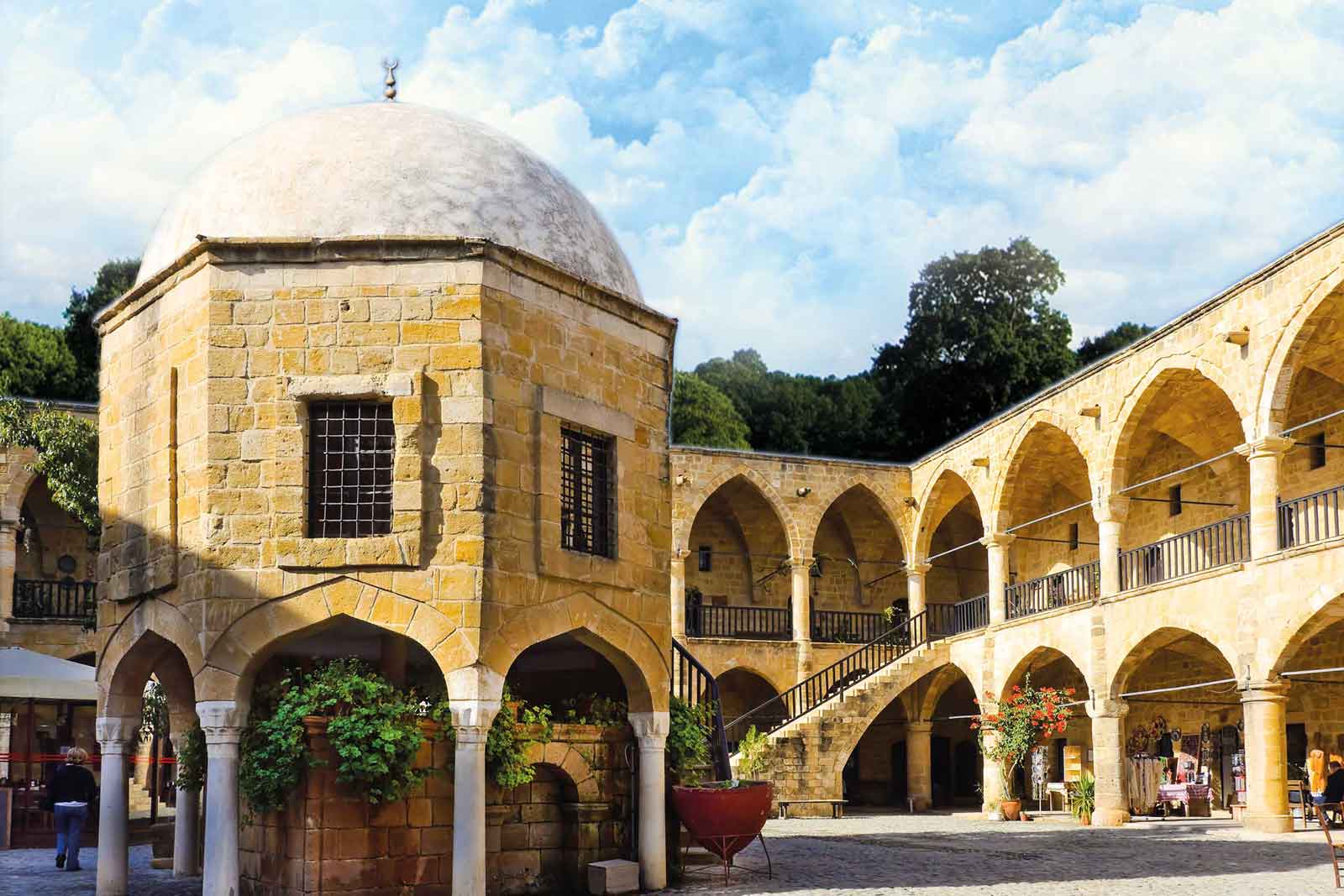 It is not only Nicosia’s, but one of the Island’s most important Ottoman works of architecture. It was built between 1572-1579 as a two storied, square planned building with Bursa’s Koza Khan taken as an example. The Khan consists of a total of 68 rooms, where the rooms on the ground floor were used as shops of commerce and the rooms on the top floor were used as hotel rooms. The building is now used as an entertainment and travelling centre where handcrafts and souvenirs are sold.