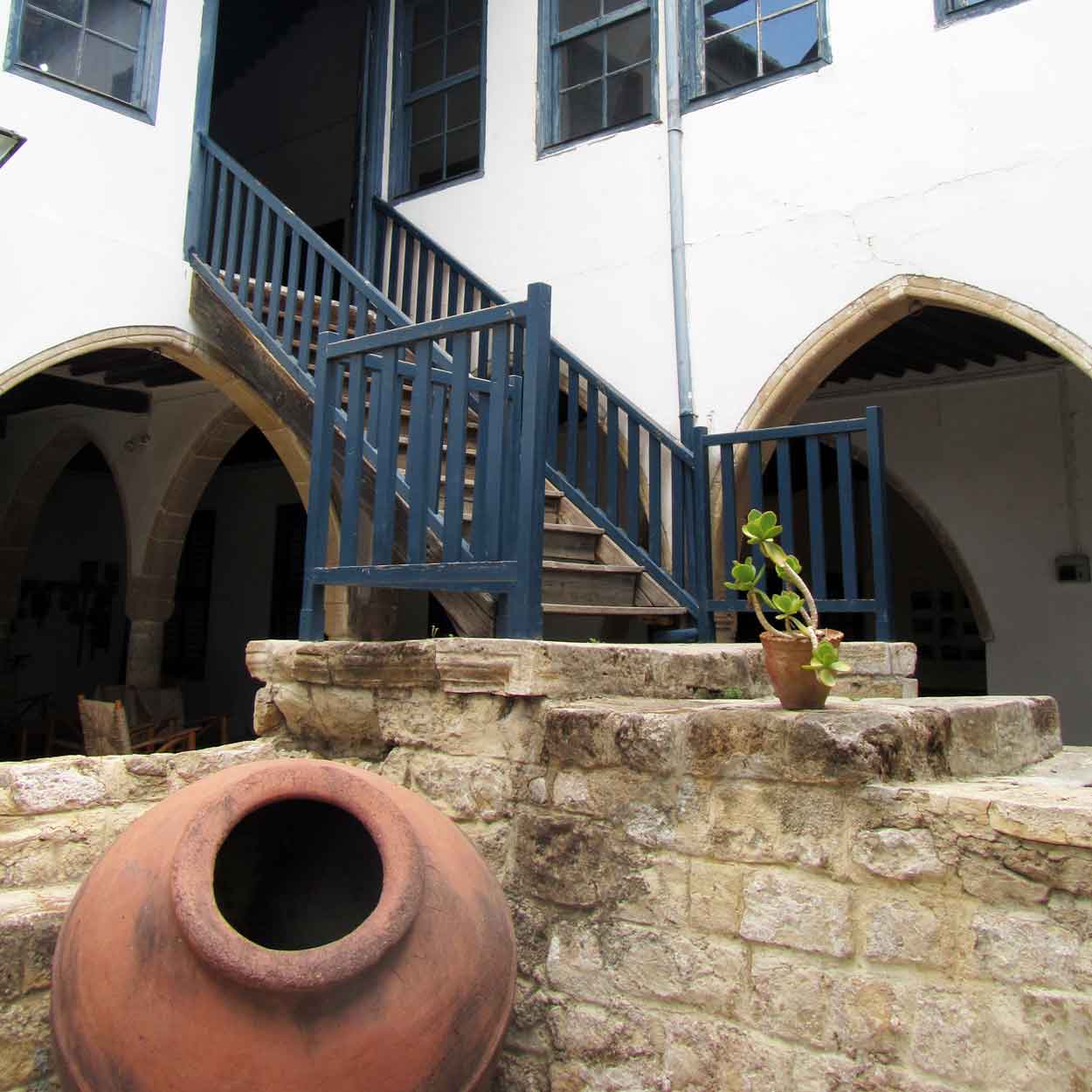 The owner, of the two storied classical Ottoman Mansion, which was built in the 19th century, was Dervish Pasha, who was also the publisher of the ‘Zaman’ Newspaper which was one of the first Turkish newspapers printed in Cyprus. The mansion is located in the well preserved neighbourhood of Arabahmet within the walled city of Nicosia (Lefkosa). The mansion was opened to the public in 1988 as the Ethnographic Museum.